A great trip to a country and culture I had never planned on visiting. 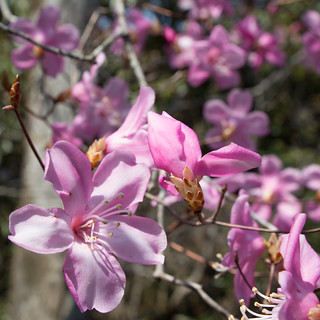 As with any trip to a far away place this started with an extremely early morning trip to the airport. In my true style I waited until about 10 PM the night before to start packing, not that it took long but I kept distracting myself. After a few hours of sleep, I forced myself into the shower and out just in time to get the notification my taxi to the airport was arriving. I need to remember at 4 in the morning you can cruse across town resulting being at the airport before security even opens. Shortly there after it was wheels up and a flight up to Cairns for the connecting flight.

Arriving in Cairns is always a shock to me. At 9:30 AM it was unpleasantly hot and humid, being dressed for my evening arrival in Tokyo I roasted like a pig over the coals on the walk between terminals. Walking back into air conditioning I got to skip the queue to check in and proceed to the business class counter. From there it was only a short wait until I was handed a glass of Champagne, hot towel, lunch order taken, and kicking back in business class luxury while the peons shuffled past to the back of the plane. Yes it was enjoyable, and I tried to keep a level head knowing I would be back with the screaming babies and such on the return trip. An enjoyable 7 hours later, about as enjoyable as any flight can get, I arrived in Tokyo.

Waiting in line for immigration, it dawned on me that maybe I should have put a little more effort into figuring out how to get out of the airport and into the city and my hotel. The couple behind me had pages of train schedules, routes, and the like. Me? Just a print out of what I thought was the train station I wanted to get off at and a dot on the map marking the location of the hotel. Little did I know how shit my map was or how hard it is to get directions from people on street at 9 PM who only understand about 2 words of the sentences you are rambling at them. Anyways, after a long wait (a couple other planes came in just before us) I passed through immigration and customs with ease.

Following the signs down to the train counters I approached the desk with the shortest line, mispronounce Asakusa, and in less than a minute have a ticket and an understanding of which station it want to change at. I really should have asked the girl for directions from the station to my hotel. The trip from Narita to Asakusa was easy, but this is where things get interesting. There are two stations, thinking back make that three, in Asakusa. Quickly exiting the station not paying attention to the signs which could have helped me, I emerged at street level pulled out my map and quickly learned I didn’t know which of the stations I just exited, if I go right or left, or which way was even north. To add insult to injury my phone, which was my plan to get to the hotel, was being a bitch trying to adjust to the Japanese cell networks and only decided to work for me later that night. After wandering up and down the block, trying to read street signs, and realizing the map I printed is shit, it dawns on me I am lost. Well sort of lost, I knew where I was within about a 3 km radius, but had no idea what direction to go.

This was my real welcome to Japan, a country where English isn’t the primary, secondary, or even tertiary language of 90% of the people. Fear not, after attempting to figure out where I was by approaching a couple of people on the sidewalk, only hoping to have my current location pointed out and the map oriented to the road I was standing on, and failing miserably (which I blame my map and not the lack of intelligible communication). I opted for a Taxi, determining the driver had heard of my hotel and seemed to have a general idea where it was. He tried to give me directions to do it on foot and did not speak really more than 10 words of English so I asked how much and a fare of 730 yen was set (about $7.35 AU). This sounded like a bargain to me compared to Sydney taxis and would bring my total travel costs from the Airport to my hotel to about $20, not bad considering the 60km+ distance. As many of the “roads” on my map really weren’t roads but rather ally-ways and walking only streets we had to go up and around the block. A minute or so later the driver stopped, knowing we were close but not exactly where the hotel was he ran around until he found someone that could give him directions the last block or so (it was off the main drag). 30 seconds later we were in front of the hotel.

Checking into the hotel wasn’t too difficult, a bit interesting, but shortly I was on the way up to my room. Now after a long day of travel, multiple airports, trains, taxis, etc., there is one thing on your mind after dropping your bags when you walk into your room: the bathroom. What a pleasant surprise that was, first thing of note was the remote attached to my toilet, hmm this thing gets fancy. But the unpleasant surprise was the heated seat that turns on when you walk into your room so it is nice and ready to go for you. By default or courtesy of maid the thing was cranked to full heat. On a cold winter day, heated car seats are nice, but you know when you have it on high for too long and your ass gets a bit too warm. Well how about that in an instant when you sit down on the toilet. Yeah, not my favorite thing. After a couple minutes and finding the instruction placard on the wall I was able to turn down the ass warmer. I left all of the other buttons alone until later in the week.

Knowing I had a couple of hours to kill before my friends arrived I ventured out into the night to find a market, find something to eat, and get some beverages to stock the little fridge in my room.